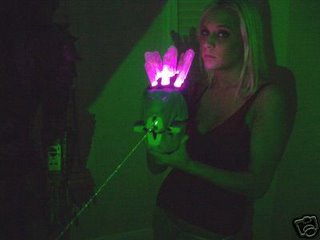 This enterprising chap built himself quite the Needler. It looks pretty slick which may be why he isn't selling the gun itself but rather just the ammo. What the heck are you going to be able to do with just the ammo? I would think you would look pretty weird just throwing crystals at people. If you only had a Needler too.