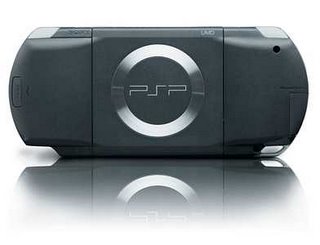 Sony is saying that they're on track to ship 6 million PSPs by the end of this year (2005 for those not keeping score). Now shipping is totally different that selling by don't count on Sony to give you the number of units they've actually sold. Count on the harborers of truth and justice, market information firm NPD who says that while there may be 6 million PSPs out there by the end of the year, customer's have actually only bought about 2.5 million of them. Still, having more than twice your installed base out there would be a little much and the shelves at my local Best Buy aren't toppling over in abundance with PSPs. So the actual number may be a little fuzzy but I'm going with NPD on this one.
Email Post