Here are some pictures of the developer kit for the Nintendo Wii. That's actually a pretty good color for the Wii. Nintendo has to be planning on releasing more than one color for the Wii sooner or later. When they do release some different colors, I hope this green is one of them. 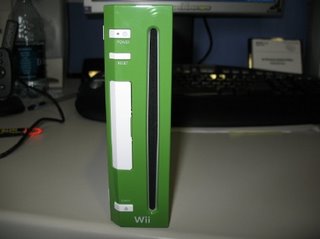